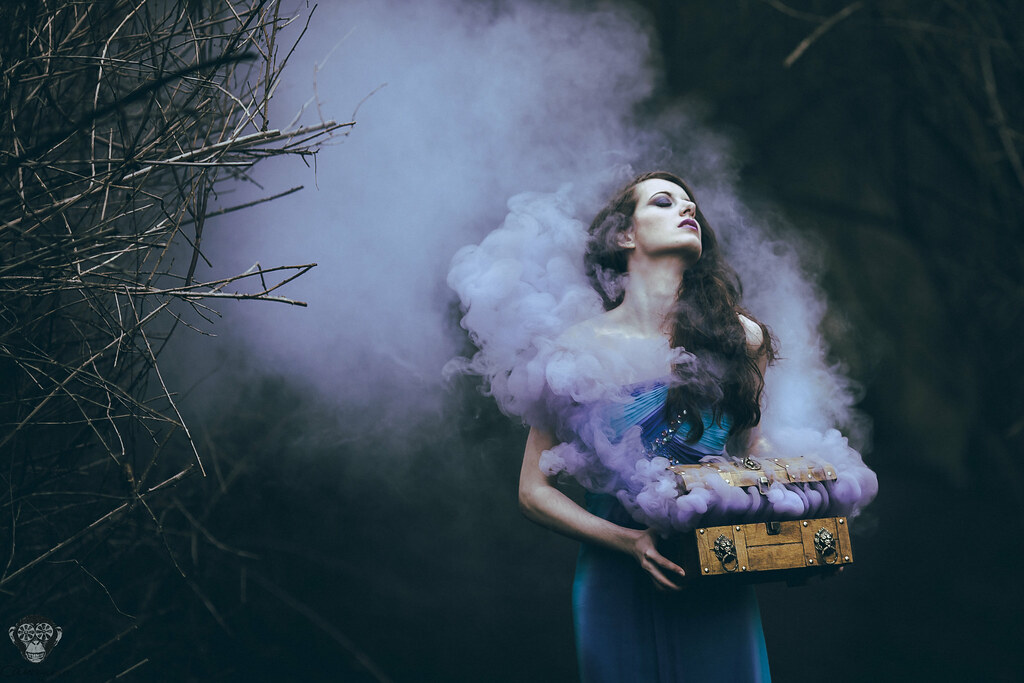 ‘There is no fear for one whose mind is not filled with desires.’

Pandora’s Box is used to refer to a source of endless complications or trouble arising from a simple miscalculation that grows exponentially. Pandora’s story comes to us from ancient Greek mythology. In Greek mythology, it was Prometheus who brought fire to mankind and enraging Zeus- the ruler of the Gods. To punish mankind, Zeus presented the evils of the world in a pretty package to Pandora and waited for her to open the box.

Many people are familiar with the Creation Story in the Bible of Adam and Eve. However, the story of mankind’s creation in Greek mythology is less well-known and is arguably darker in tone when compared to the Bible version. In the Greek version, men and women were not created at the same time. Men existed long before the creation of women. Pandora was the first woman created in Greek history; she was not a gift from the Gods to man, but a punishment.

In the Greek story of creation, as recorded in the Greek poet Hesiod’s Works and Days (8th century BC), there were Five Ages. The First of these was the Golden Age, where men were immortals and lived on Mt. Olympus. They were made of gold, and lived like Gods. When this Age ended, the men became good spirits that watched over mortals. The Second Age was the Silver Age, where men were made of silver, and still lived on Olympus. However, they were no longer immortal. The Third Age was the Bronze Age, where men were made of bronze. The Fourth Age was the Heroic Age, the Earth was populated by the heroes of Greek mythology. The Bronze and Heroic Ages were brought to an end by constant wars. The Last Age, which is the present one, is the Iron Age, where men toil and suffer all their lives.  (Five Ages Of Man in Greek Mythology According To Hesiod,  N.S. Gill – https://www.thoughtco.com/the-five-ages-of-man-111776)

Hesiod’s poems are not arranged entirely in chronological order, making it difficult to find which of the Five Ages of mankind Pandora was created. The story of Pandora links closely with Prometheus- his tale can be placed sometime after the Silver Age. It was at this point, Prometheus butchered an ox- he divided it into two portions: the smaller portion contained the meat of the animal wrapped up in the ox’s stomach, the larger portion had the bones covered by a thick layer of fat. The Gods chose the larger portion and Prometheus was able to provide mankind with the edible meat.

Enraged by Prometheus’ trickery, Zeus withheld fire from mankind so they could not cook the meat. This prompted Prometheus to steal fire from the Gods and give it to mankind. His punishment for disobedience was to be bound in chains to a rock and have his liver torn from his body each day by an enormous eagle. Each night he would be bought back to life, his liver would grow back, and he would go through the torture again. Zeus was not content with punishing simply Prometheus, he wanted to punish mankind as well.

Zeus crafted a maiden from earth and water, gave her a human voice and strength. The Gods provided her with gifts that Zeus recommended. Athena taught her the crafts and wisdom, Aphrodite bestowed on her charm and beauty, yearning and obsession, whereas Hermes taught her how to be both charming and deceitful. The maiden was then dressed and adorned by the gods. As the maiden was laden with numerous gifts from the Gods, she was called Pandora, meaning, “All Gift.”

Pandora was then sent as a gift to Epimetheus, the brother of Prometheus. Prometheus had warned his brother not to accept any gift from Zeus. However, Epimetheus was completely charmed by Pandora and thought she was so beautiful that she could never cause any harm, so he took Pandora as his wife.

Zeus gave Pandora a beautiful Box as a wedding gift. (In Hesiod’s original poem, the gift was actually a Pithos Jar. It was not until the 16th century, that the word was mistranslated to a Box.) There was one very important condition, Pandora was forbidden by Zeus from opening the Box.

Pandora was gifted with curiosity, and other attributes given to her by the Gods; her mind became consumed with thoughts about what was inside the Wedding Box. She could not understand why Zeus would give her a gift, but not allow her to see inside it. Zeus had planned for her thoughts to grow obsessively until she could think of nothing else but opening it and unlocking the secrets within, unleashing the evil within on humanity.

Pandora could wait no longer, she had to see what was in her Box. When Epimetheus left the room, Pandora finally opened the Box. But there was no gleam of gold or treasure. There were no fine linens or gifts from the Gods. The look of excitement on her face quickly turned to one of disappointment and then of horror. Zeus had packed the box full of all the terrible evils he could think of. Out poured a stream of creatures that consisted of disease, poverty, misery, sadness, death, and all the evils of the world. All shaped like tiny buzzing moths.

The creatures stung Pandora over and over again and she slammed the lid shut. Epimetheus ran into the room to see why she was crying in pain. Pandora could still hear a voice calling to her from the box, pleading with her to be let out. Epimetheus agreed that nothing inside the box could be worse than the horrors already released. When Pandora opened the Box again, she released Hope and it fluttered listlessly from the box. It flew to the far corners of the world, where the evils had already done so much damage. It touched her wounds and the wounds created by the evil she had unleashed. Even today, Hope still remains a part of humanity in the darkest of times. As the British poet Alexander Pope wrote, ‘Hope springs eternal in the human breast.’

Could you resist a gift from the Gods?